August 07, 2008
The significance
Alzheimer’s disease (AD), the most common type of dementia, has become a major concern in current biomedical research. From major scientific journal publishers, namely Pub Med, Science Direct, Blackwell Synergy, we can see that around 100-150 new journals related to AD are published within a year, showing that there is a growing interest and a race of finding cures for the disease between scientists in developed countries. Some astounding facts and predictions give us the magnitude of AD in the future, such as: Elarde (2007) reported that 12.5% of people aged more than 65 and 50% of those with age more than 85 are suffering AD, 10 million young people in the US has a potential to have AD (Alzheimer's Association, 2008), the prevalence of this disease will double in the next 30 years (Brookmeyer et al, 1998). However, in developing countries, like Indonesia, the figures of this cognitive impaired patients and people with potential AD have not been revealed. Therefore, understanding AD will give us a better chance to increase the quality of life for human kind and hopefully easing the burden of Medicare cost in many countries.

Definition
AD can be observed generally by symptoms relating to reduction patient's ability in storing newly acquired information in short-term memory and impairment of long-term memory. Disorientation, confusion, behavioural changes, trouble in speaking, swallowing and walking have been regarded as symptoms of Alzheimer’s Disease (Alzheimer's Association, 2008; Rueb et al, 2000). The increasing risk of having this disease is observed in elder group of people, especially for those with age more than 60 (Elarde, 2007).

In clinical term, Alzheimer’s is a disease that caused by protein plaques, namely ß-amyloid peptide and some minor components, inside specific parts of human brain, which are cerebral cortex and hippocampus (Alzheimer Association, 2008; Muench, personal communication, 2008). The plaques, in general, are similar to Low Density Lipo-protein inside blood vessel in human heart that cause Cardiovascular Heart Disease, which then leads to heart attack. However, the plaques inside human brain will cause inflammation of micro-vessels, characterized by the activation of micro- and astroglia, increased levels of radicals and pro-inflammatory cytokine such as inducible nitric oxide synthase (iNOS), interleukin 1 (IL-1ß), interleukin 6 (IL-6) and tumour necrosis factor (TNF) . This chronic process leads a progressive decrease in cognitive functions (Muench, personal communication, 2008).

Scientific Approach
There are three ways to increase our understanding on a particular disease, studying the principal problem that causes the disease, finding correct and rapid diagnosis methods for AD and examining potential medicines that cure some known symptoms leading to the disease.

In research of discovering principal cause of AD, some journals suggested that the disease may be genetically inherited in some individuals. This result was based on observation of three genes' mutation: presenilin 1 (PS1) on chromosome 14, presenilin 2 (PS2) on chromosome 1 and amyloid precursor protein (APP) on chromosome 21 (Panegyres and Toufexis, 2005; Almkvist et al, 2003).

However, the widely accepted explanation for the cause of AD is the presence of ß-amyloid peptide as plagues and causing inflammation inside micro-vessels in brain, which previously described (Alzheimer Association, 2008; Miyakawa et al, 1988; Muench, personal communication, 2008).

The second field of research, which is finding a correct and rapid detection for the disease, relies on several advanced medical equipment such as CT scan, Magnetic Resonance Imaging (MRI) and some novel biomarkers. Mild Cognitive Impairment (MCI) become one of the early clinical symptoms of AD (Fan et al, 2008; de Leon et al, 2004), therefore biomarkers have been designed to detect MCI. The detection of MCI gives an advantage in treating people with AD, such as delaying the onset of MCI conversion to AD.

The last approach aims to screen and test some natural/synthetic compounds for AD or its symptom preceding the disease. A newly introduced medicine has some criteria: (1) easily acquired/abundant in raw material, or commercially able to synthesize using current technology; (2) effectively digested and carried from human intestine to blood system; (3) effectively passed natural barrier inside the neural system; (4) clinically proven to reduce a specific symptom; (4) increasing survival time after onset of AD; and (5) no foreseen or very limited side effect (Allain, 2003; Maiorini, 2002).

to be continue..
alzheimer kesehatan

Popular posts from this blog 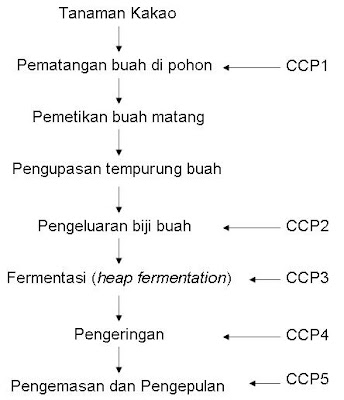